“Man cannot discover new oceans unless he has the courage to lose sight of the shore.” – Andre Gilde

I’m thrilled to introduce the Maverics Identity Orchestration Platform, by Strata. It’s with tremendous pride that I get to share this milestone with the team at Strata who worked countless hours to bring Maverics into reality.

Maverics is an entirely new type of identity management software that manages and orchestrates other identity systems. It has no directory or database and doesn’t centralize or persist users or data.

The Maverics platform solves an essential issue: fragmentation and silos across identity services and clouds. Maverics is not just an incremental feature added to last generation’s technology, but instead, it is a revolutionary approach to solve the identity challenges of a multi-cloud world.

Riding the identity waves: the origin of Maverics

I want to share a little background about how Maverics came about and how this is a platform for today’s multi-cloud age.

I’ve been thinking about identity and distributed architectures my entire career. Starting with the first wave of identity when I was CTO and founder of Securant, maker of ClearTrust (Web Access Management). I was also one of the co-authors of SAML, which was a breakthrough that made identity work across clouds and organizations.

In 2006 I founded Symplified, the first Identity as a Service (IDaaS) company that helped organizations ride the second wave of identity into the SaaS era. At Symplified, we saw that the way to scale required solving the integration challenges of identity and in 2011 introduced the concept of Identity Fabrics to manage identity at cloud scale. Now, SaaS is ubiquitous and the wave of identity has grown ever larger.

Later, at Oracle, we experienced first-hand what it took to run identity at hyper-scale running identity for the Oracle Cloud and Fusion Apps. And, we learned how identity complexity and scale have locked enterprises into their data centers, slowing cloud adoption.

We are now in the third wave of identity which is larger than the preceding two waves. As nature shows, when waves collapse into one another they combine, or double up, into a larger, more powerful wave. The multi-cloud wave has been steadily building, and the only way to survive in big waves is to ride them.

To surf giant waves you need the right tools specifically designed for the speed and scale of big waves: surfboards shaped and built to withstand the intense conditions, jet skis to accelerate you so you can match the timing of the wave. But, more than anything, you need to have the right mindset and confidence to commit to the wave and drop in.

And the team at Strata has been preparing for this moment.

Why we built the Maverics Identity Orchestration Platform

Topher Marie, Eric Leach, and I founded Strata to solve the problems of identity for multi-cloud. And most importantly, we embraced the distributed mindset and approached the multi-cloud problem-free of legacy centralized thinking. To paraphrase Einstein:

You can’t solve distributed problems with centralized answers. We fully committed to distributed and then dropped in.

This became the Maverics ethos and it permeates the culture at Strata. It’s reflected in the revolutionary distributed architecture of Maverics and identity orchestration.

We asked, what would identity need to do so that customers can run their apps on any cloud and use any identity technology — simply?

We hypothesized that this distributed multi-cloud world needs a purpose-built distributed identity system, a way to integrate the many and make it work as one.

So we built an identity orchestration platform and called it Maverics.

What can Maverics Identity Orchestration Platform do for you?

Maverics does two things, it acts as an abstraction layer that integrates your clouds and identity systems. And, Maverics does real-time session management that allows you to orchestrate a user flow transparently — without modifying apps. With Maverics you can:

Setting up Maverics is fast, here’s how it works:

Step 1: Use Maverics to build your identity fabric. Maverics uses prebuilt Connectors to link with Azure AD, Okta, Auth0, ForgeRock, AWS, GCP, and all your other identity providers.

What are the benefits of identity orchestration?

Manage consistent access policy across apps and clouds so you can run your apps on whatever cloud you like and use the identity system that’s best for the task.

Hear from a happy Strata customer how they used identity orchestration to accelerate their move to the cloud:

If you’d like to get a demo from one of our experts, please schedule your demo.

Or reach out to our sales team to start the conversation: [email protected]

Stay tuned for some exciting product announcements coming soon as we roll out our next-generation identity orchestrations.

Let’s connect and I hope to hear from you on our vision for multi-cloud identity. 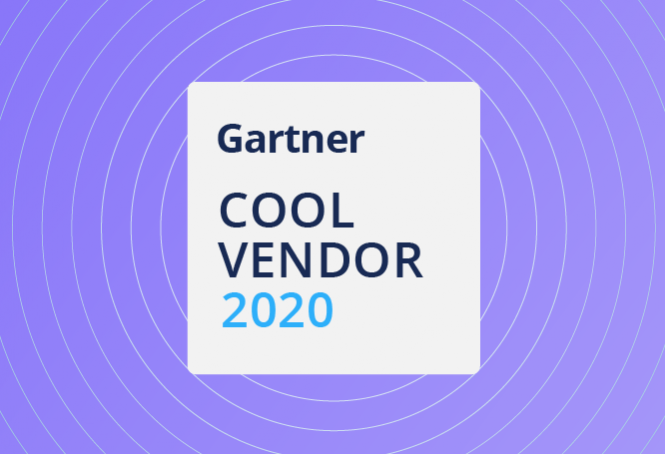