Want to save this document for your files or for sharing?
Dowload the PDF.
Download Now →

Why Maverics for Zero-Code Identity and Zero-Code App Migrations?

App owners are responsible for ensuring that an app is available and meets the needs of its users. For enterprise apps built over the past 15 years this has often led to missing features and accrued technical debt, leading to a Jenga architecture and often the team that built the app are no longer at the company.

Today organizations are under more pressure to make apps available to remote workers as part of Work From Home strategies. Oftentimes apps are locked into identity systems like CA SiteMinder or OAM and must be rewritten to be able to use a cloud-based identity system. The budget and timelines for these projects can be expensive.

Strata’s Identity Orchestrator and session abstraction unlocks apps from their identity system so that app owners can move apps to AWS, Azure, GCP, and use those built-in identities, Okta, or other modern identity systems like Ping, Azure AD, or ForgeRock. 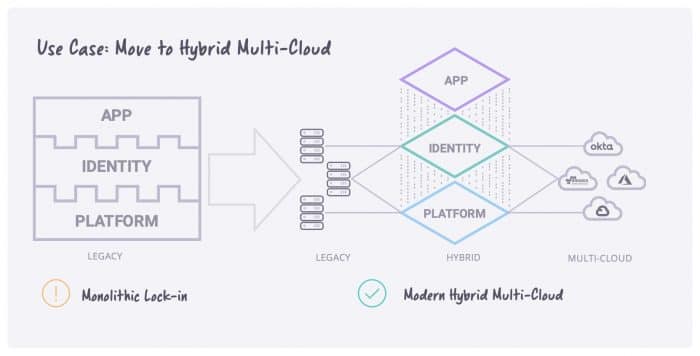 Challenges with Migrating Apps to the Cloud

Run Maverics anywhere. on-prem, in the cloud, and at multiple clouds.

Works with any web app. Maverics works with apps written on any platform including Java, .Net, Ruby and virtually every web language.

Benefits of Modernizing and Migrating Apps with Maverics