Want to save this document for your files or for sharing?
Dowload the PDF.
Download Now →

What is Maverics Identity Orchestrator? 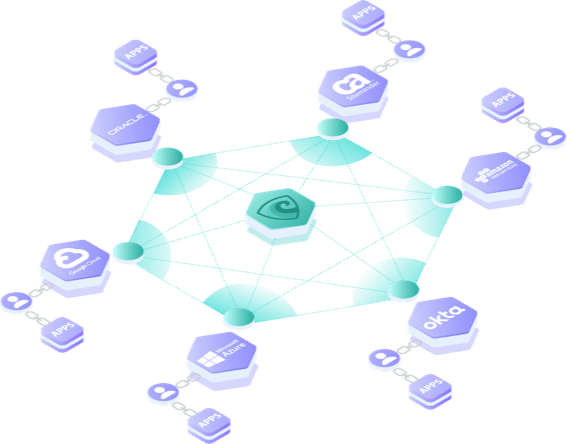 What Problems Does Identity Orchestrator Solve?

What Solutions Does Strata Offer?

What Features Does Identity Orchestrator Include?

Use pre-built, Zero Code Connectors to integrate with the proprietary APIs typical of legacy identity systems and to connect with modern cloud identity systems using standards such as OAuth, OpenID Connect, SCIM, and SAML as well as each cloud’s native APIs.

Use Workflows and Sidecars to orchestrate the complex flows of a distributed identity system using simple, declarative configuration.

Take a unique network-based approach to incrementally migrate users and credentials from legacy identity systems such as Broadcom (CA) SiteMinder and Oracle Access Manager. Data flows in real-time to avoid the pitfalls of waterfall-style bulk migrations.

Automatically replicate identities, policies, and configurations from old to new, simplifying management and ensuring that each of your distributed identity systems has a common baseline of identity data.

Instantly keep identity data in-sync across your distributed identity infrastructure, making sure changes are reflected in all of your source and target identity systems.

Abstracts how different identity systems perform authentication and represent user sessions to apps, making it possible to create a proprietary session cookie from a standards-based session token without changing the user login experience.

Resolve fragmentation across distributed and proliferated identity systems, increasing and giving you confidence that access controls, security, and compliance are accurately enforced.

Increase choice and agility by integrating apps with your identity fabric, allowing you to transition apps across clouds and identity systems without rewrites and breaking the lock-in of centralized legacy identity systems.

Add important security capabilities like MFA, passwordless, and threat intelligence to apps without rewriting them.

Get unprecedented visibility into your distributed identity infrastructure so that you can have more control.

How Does It Work?