Strata in the news

BOULDER, Colo.–(BUSINESS WIRE)–Strata Identity, the distributed multi-cloud identity orchestration company, today announced the appointment of Gerry Gebel as Head of Standards for the company. In this newly created role, Gerry will promote standards-based approaches for addressing the challenges of managing distributed multi-cloud and hybrid cloud/on-premises identity systems. For more than 20 years, Gerry has provided with Fortune 500 corporations. 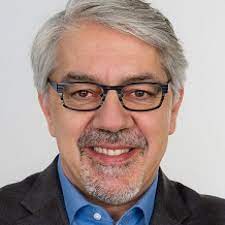 “Gerry and I have known each other since his time at Burton Group, where he was instrumental in making the SAML standard a reality,” said Eric Olden, CEO of Strata. “He is one of the sharpest minds in identity and will play an important role in helping Strata educate the market on the need for using standards to unify siloed multi- and hybrid-cloud identity. We are fortunate to have Gerry on our team.”

“Multi-cloud and distributed architectures are fundamentally changing the identity landscape as enterprises now need to manage identity across multiple identity systems. The multi-cloud era is driving new requirements for identity standards that enable interoperability, break lock-in, and promote flexibility,” said Gerry Gebel. “I decided to join Strata because I share their vision that identity must embrace the distributed nature of modern IT environments and that standards are the key to bridging old and new infrastructures. It’s an exciting time to be in identity and to work on standards that will improve our industry.”

Strata is pioneering the concept of identity orchestration for distributed, multi-cloud identity. The Maverics Platform enables enterprises to seamlessly unify on-premises and cloud-based authentication and access systems for consistent identity management in multi-cloud environments. Strata’s distributed approach to identity enables organizations to break decades-old vendor lock-in that has prevented a broader transition of enterprise workloads to the public cloud. The company’s founders co-authored the SAML open standard for identity interoperability, created the first cloud identity services, delivered the first open-source identity products, and are now building the first distributed identity platform. For more information, visit us on the Web and follow us on LinkedIn and Twitter.