Top 2 is a Win at RSA 2021 Innovation Sandbox Contest 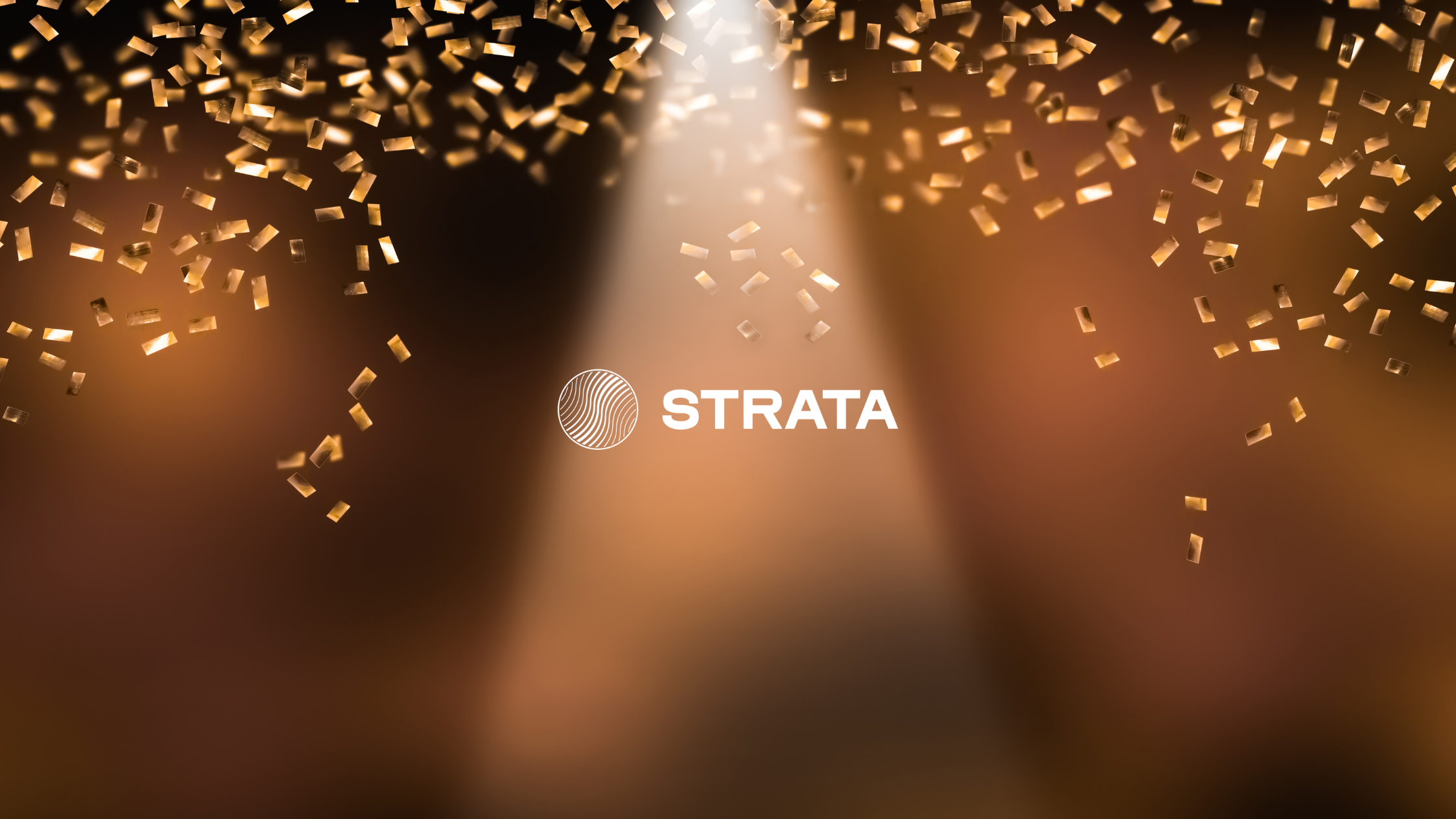 The RSA Conference Innovation Sandbox Contest is a big deal. It’s the Academy Awards for Cybersecurity startups. Of course, like everything else in the COVID era, the whole event was virtual.

The presentation was pre-recorded by company execs — in our case, Strata Co-Founder, and Chief Product Officer, Eric Leach. He was in a soundproof room at our Boulder, Colorado HQ, and the ceremony was on Zoom. Our team was all watching from a virtual viewing party in separate locations.

Kudos to the RSA Sandbox team for putting this together for the first time virtually. It must have been quite a feat to wrap their heads around to plan, then execute. They did a super job and we’re super grateful that the show went on even if it couldn’t be in person.

That being said, it was weird doing this all from a computer screen. Sure, a lot of learning about ring lights, microphones, and camera angles were had, but the energy of other people was missed. There’s a camaraderie you can only really truly feel in person. Especially when you win or come as close to winning as possible, and all you can do is high-five the air.

This is the story of how Strata came to be in the top 2 at the RSA Conference Innovation Sandbox Contest 2021. 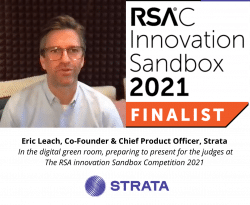 The virtual green room is lonely. Only the presenter is there. No buzz of excitement from others waiting in the wings, no craft services full of treats to help distract the nerves. The emptiness added to the whole surrealness of the experience.

Somehow though, it also added to the anticipation.

Eric says he tried hard not to think about that countdown clock or the possibility of not finishing before the buzzer. As a true Californian and accomplished surfer, he harnessed the knowledge that anxiousness and excitement are actually almost the same emotions. As long as your brain is steered to the latter, it doesn’t know the difference.

So, when Eric Leach was up to bat, you only saw his cool charisma (we may be a little biased) and had no doubt that he would knock it out of the park.

Finalists and Judging Criteria for the RSA Sandbox Contest

The competition was fierce. In fact, Hugh Thompson, moderator of the RSA 2021 Innovation Sandbox Contest, said that this was the most outstanding year — ever — in terms of innovation.

“The velocity at which these companies are moving and customers are adopting the technologies is like nothing that has ever been seen before,” described the group of finalists by one of the judges, Paul Kocher,

The criteria the RSA Conference 2021 Sandbox Contest judges were looking at included:

The companies and presentations this year were all diverse, but some common themes emerged. According to this Eweek article, themes point to security trends to watch in 2022.

Being the only identity company of the 10 finalists speaks to the unique position Strata was in.

The observation that the cloud identity layer is making malware detection a niche market (obsolete?) is an interesting perspective. That certainly was not the intention of Strta’s when we introduced the Maverics Identity Orchestration Platform, but I suppose it is an inevitable cause and effect caused by the ripple of identity being the new perimeter.

So now the question is, what’s next? How do we take this small victory and ride the wave? Strata was the only identity company of the 10 finalists. So it’s not a stretch to say that we didn’t win the cybersecurity market contest, but we are tops for identity security. And that feels pretty good. 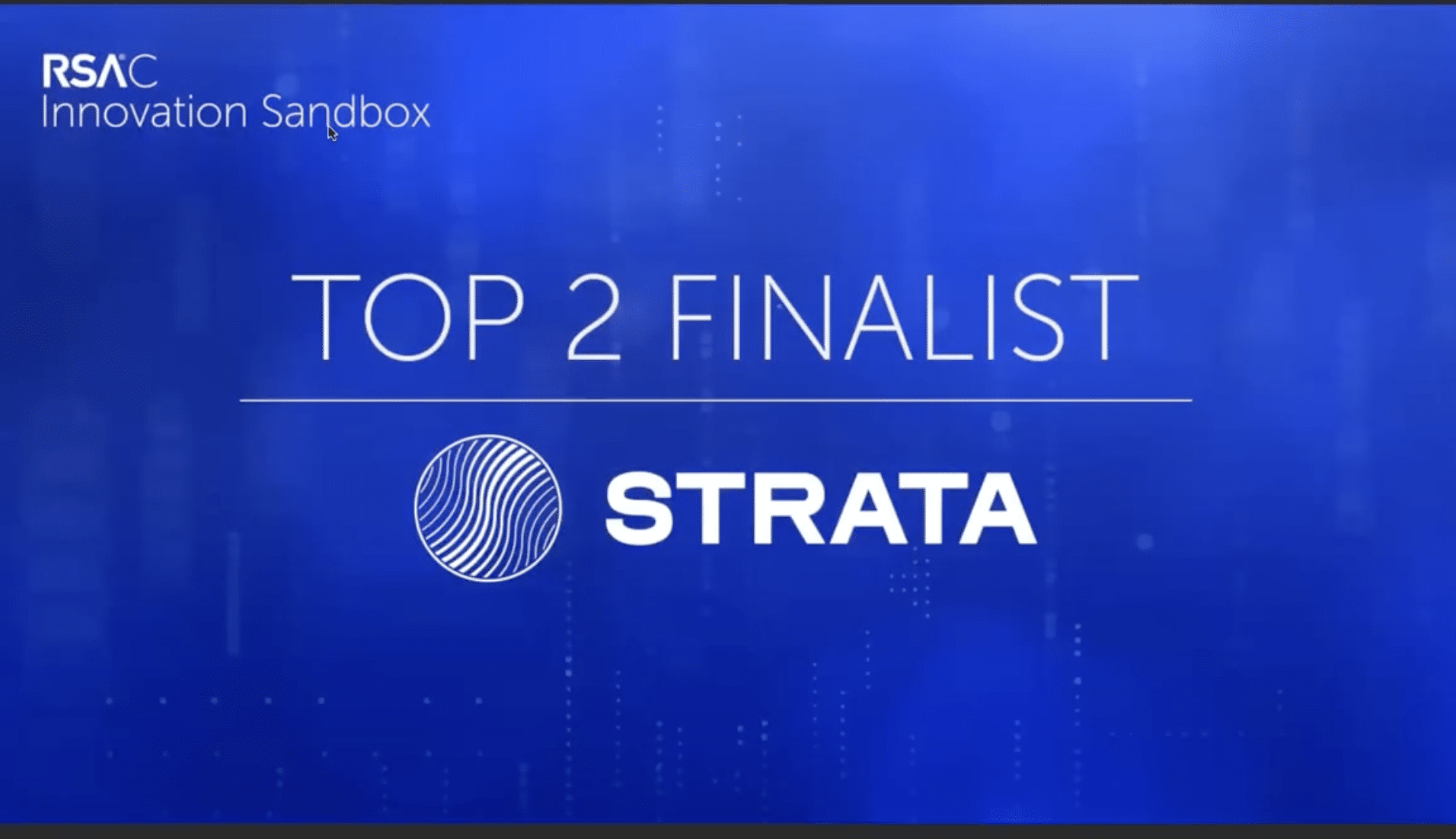 Will we try again next year? Heck yeah! We were totally the underdog this year. This article lays out each finalists’ funding and Strata is not on the high end. Nor have we had the most exposure. Mostly because we haven’t even been around for two years. We only officially launched the Maverics platform to the public last month.

If you would like to learn more about what Strata is doing, get a demo to see the Maverics Platform in action.