Future-proof the application via identity abstraction to quickly add new post-modernization identity services such as MFA, Passwordless, or Identity Verification

This recipe demonstrates how Maverics makes it easy to seamlessly move an application from a legacy IdP, Oracle Access Manager (OAM), to a modern one like Azure without any need to rewrite that application or change the user’s access experience. The recipe shows both the pre and post-modernization app access workflows, which remain unchanged from the employee’s perspective. In just a few minutes’ time Maverics is deployed as a Application Gateway in front of the target app and a simple configuration update is all that’s needed to redirect user authentication to the new target IdP. 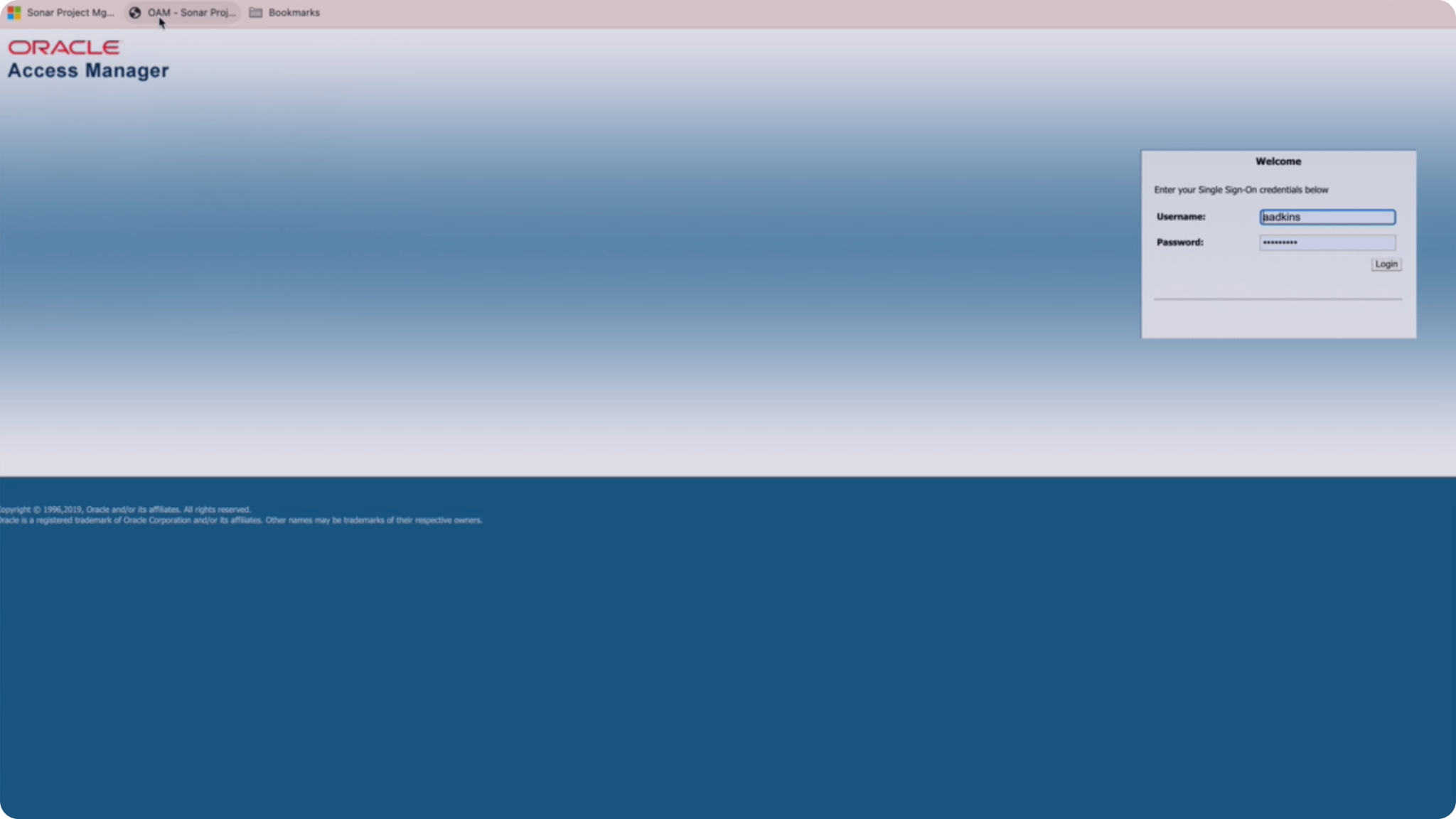 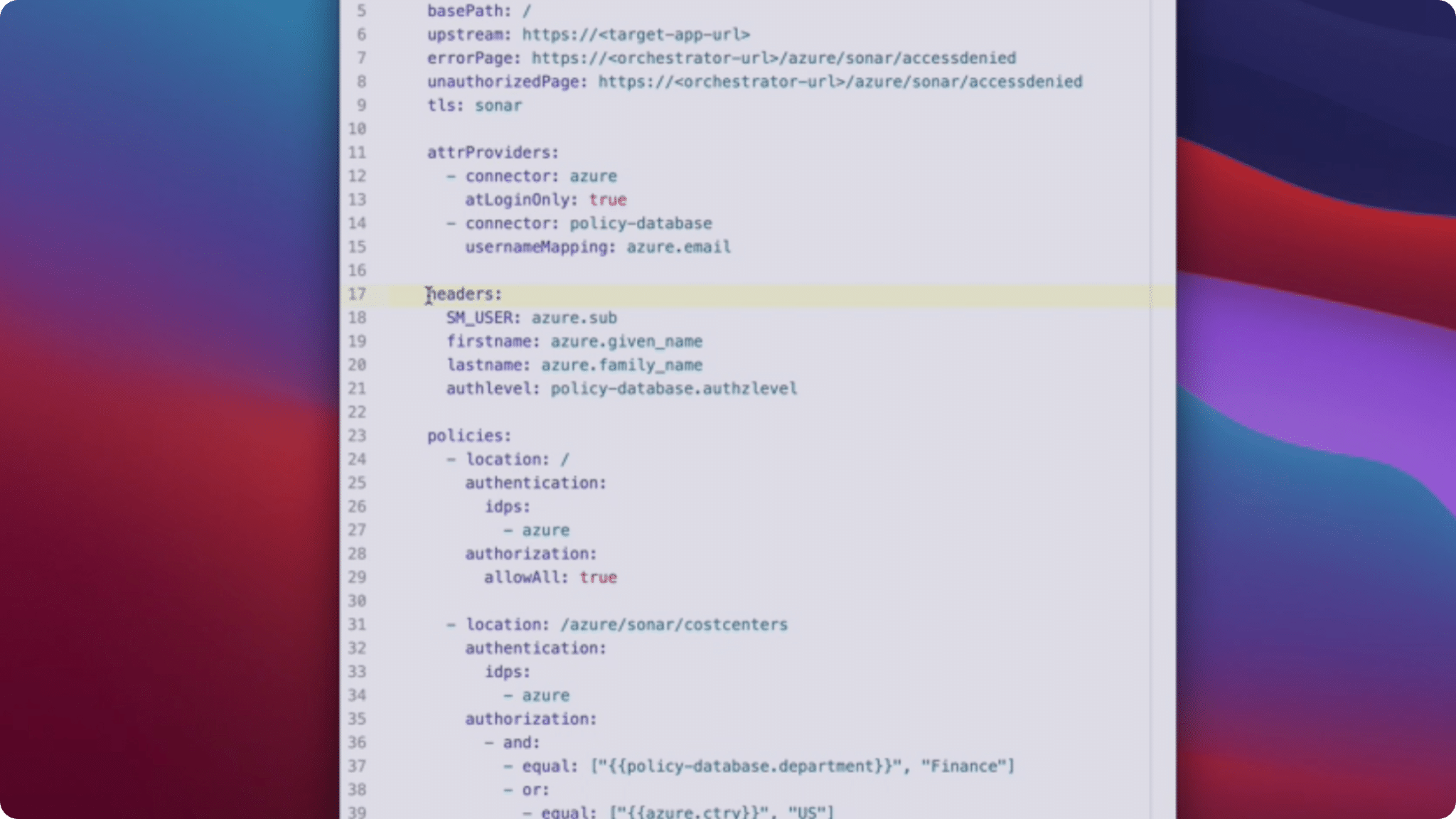 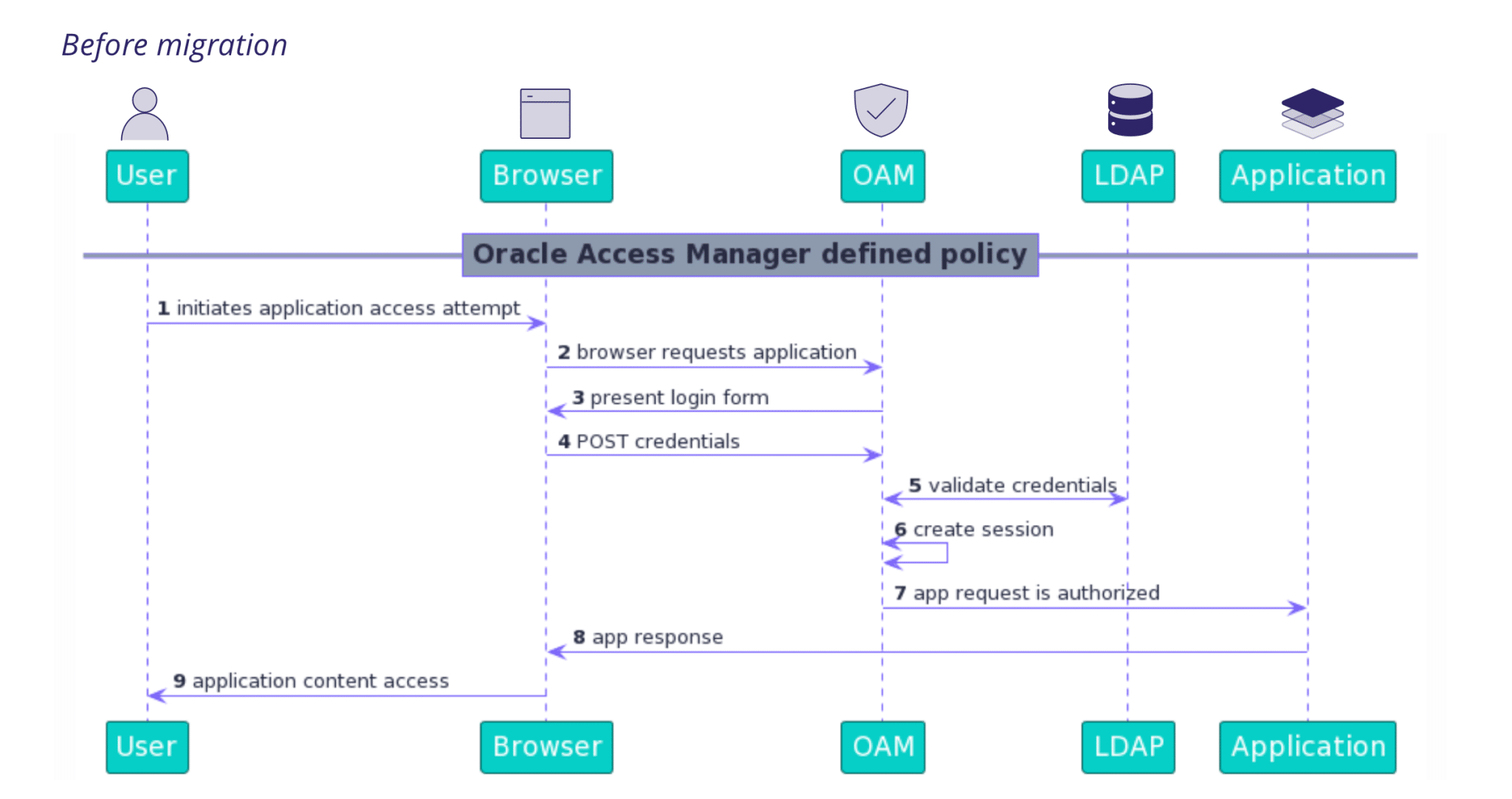 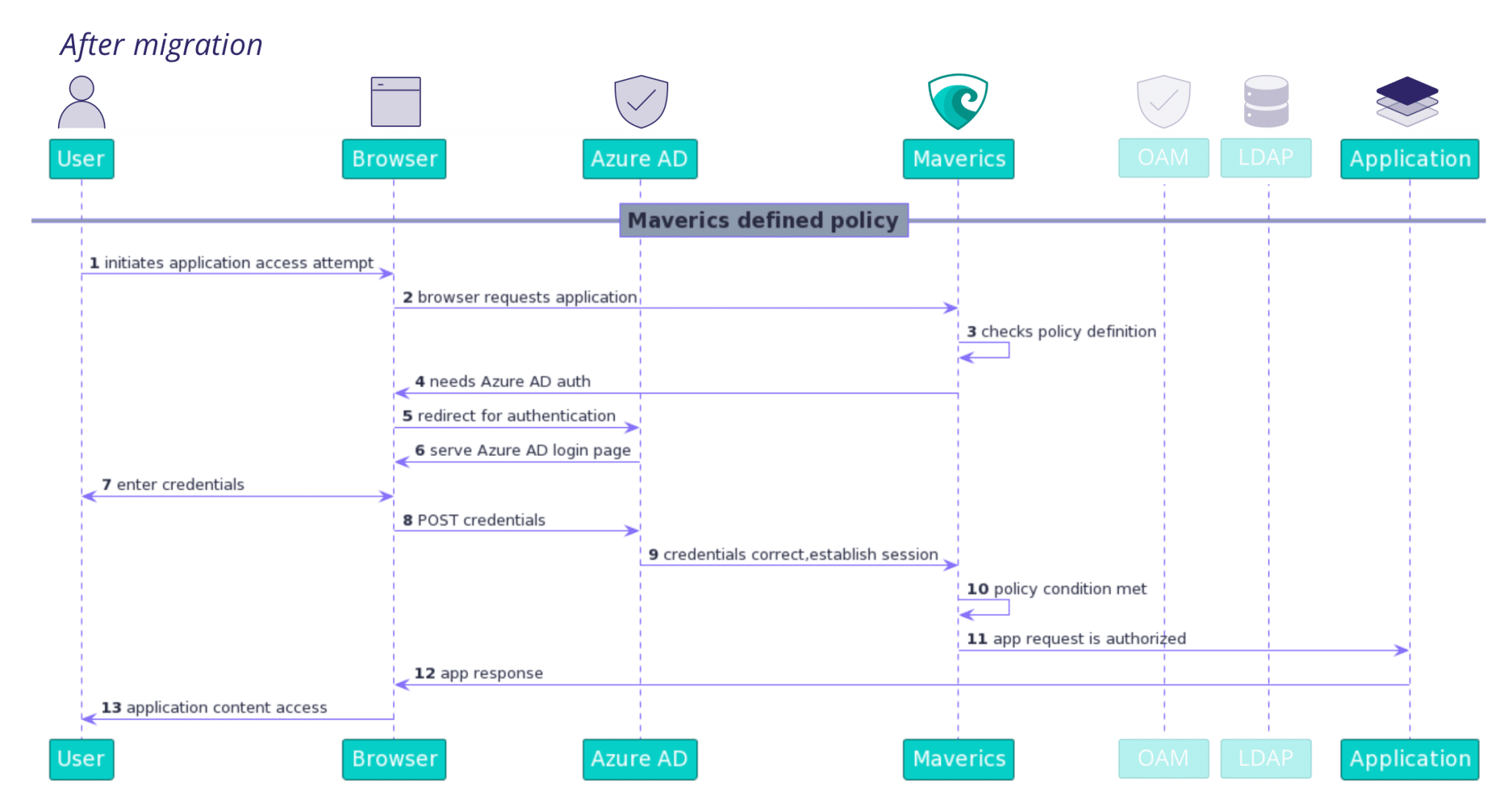 Maverics Identity Orchestration works with a simple YAML config* (as shown in the figure to the right). No app rewrites or custom code is required. Download this recipe’s full config file below.

*Config may vary based on your environment. 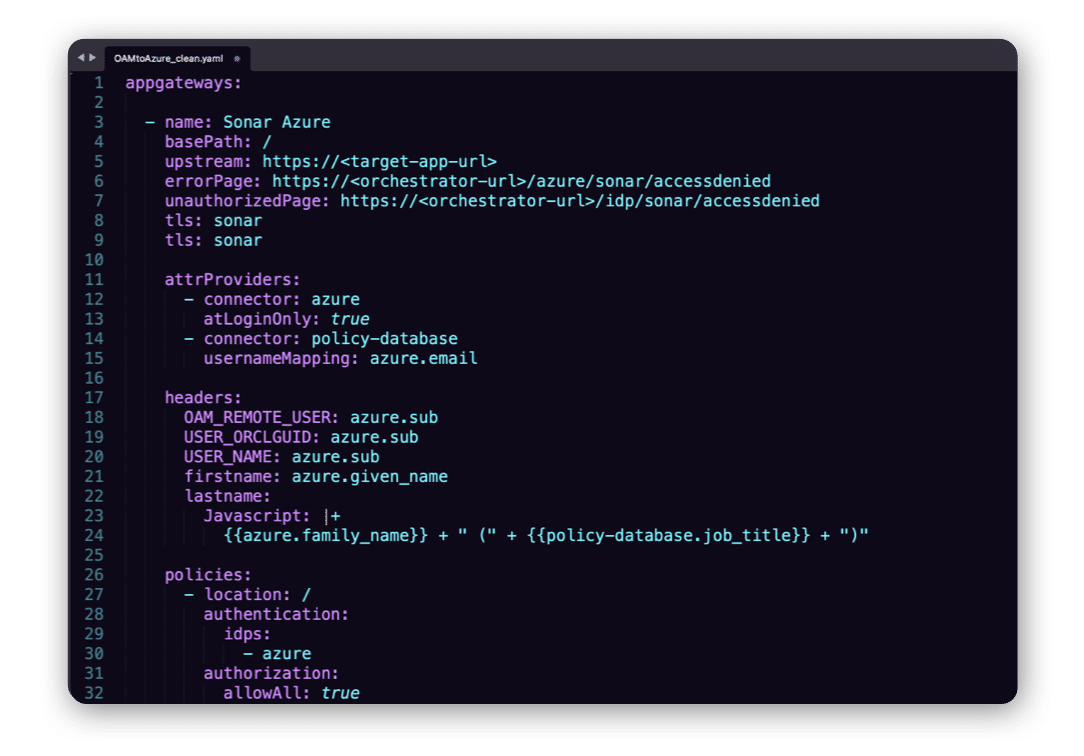