Apps are everywhere – in the cloud, on-premises, and delivered as SaaS. This means lots of sensitive data that needs protecting. Access policy is fragmented between legacy and SaaS and IT teams can’t keep up. Use this Maverics Identity Orchestration best-practice recipe to deliver Just-in-Time access to apps.

Policies for managing access need to be consistent across distributed environments. But the volume and constantly changing environment are too vast for manual management. Automation is needed to keep up with modern demands on scale and customer experience.

Manage app requests for all your apps, including SaaS, cloud, and legacy apps.

Apply authorization logic to grant access based on your defined policies automatically. Maverics can orchestrate flows across your identity systems, apps, ServiceNow, and virtually any system you use.

Just-in-Time application access enables you to save licensing expense by provisioning app access to only those users that actually need (and use) it.

Avoid giving users too many privileges beyond what is needed to accomplish their tasks using Maverics Identity Orchestration to granularly control access and enforce least privilege access to apps and sensitive accounts.

One platform for SaaS, cloud, and legacy app requests

Deploy unified access requests for all your apps, including SaaS, cloud, and even legacy web apps. Maverics was born in the distributed cloud and uniquely capable of managing identity in distributed environments.

Use Maverics Service Extensions to record detailed auditing details, logging who requested access, why they were approved and to even send a receipt for billing. 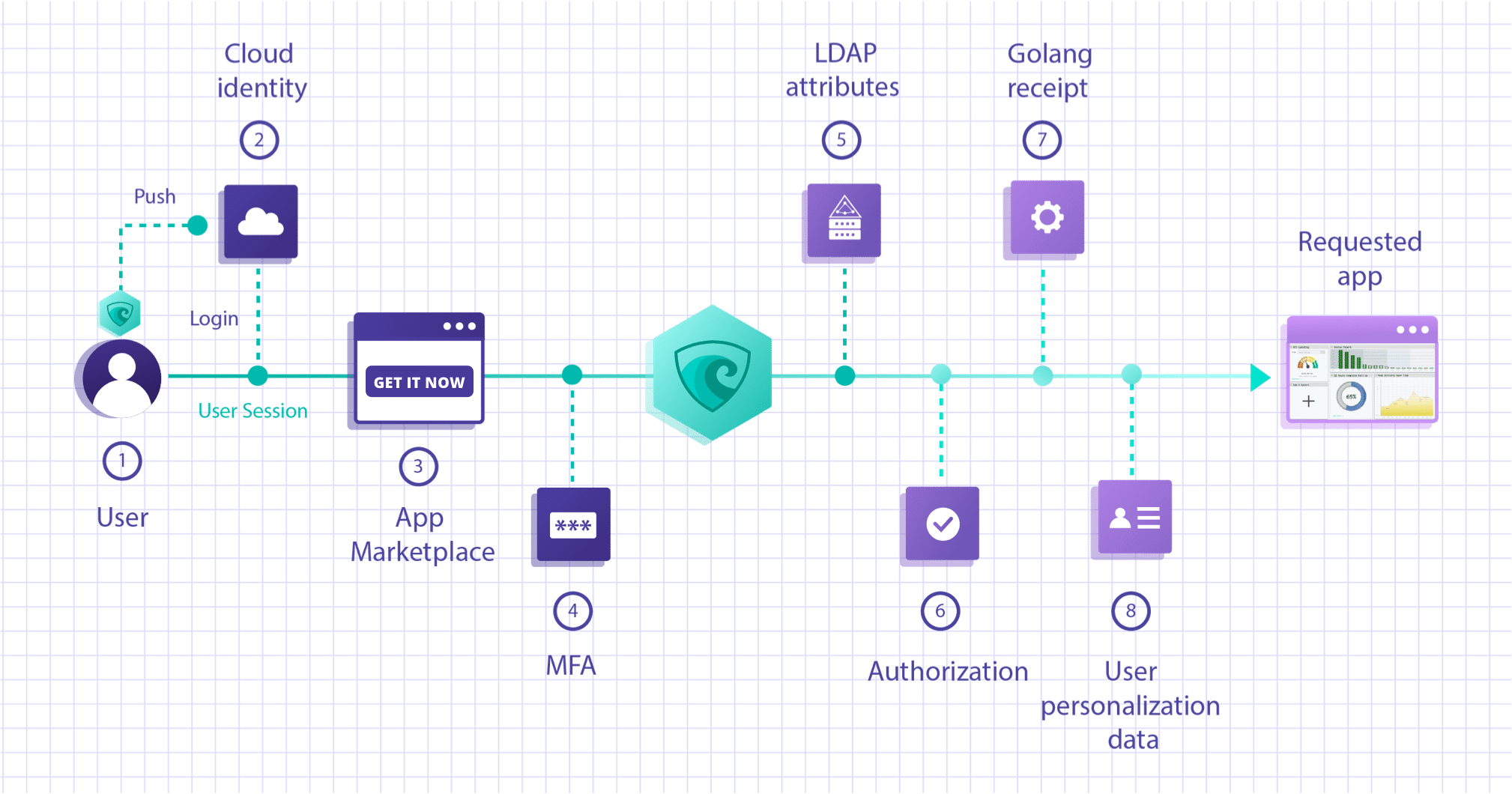 Once the user authenticates using MFA, Maverics retrieves the attributes for the user out of LDAP

Maverics sends a receipt and audit event to ServiceNow